By Exclaim! Staff
Published Dec 10, 2019
"The stigma that country music is made for well-adjusted straight white men is just baloney," says current Exclaim! cover star Orville Peck. It's reflected in Exclaim!'s 10 Best Folk and Country Albums of 2019, wherein a variety of personalities have created vivid, intimate soundscapes that use the genre's signifiers to tell a wide range of stories to vast audiences. Whether the sparse folk of Jessica Pratt and Aldous Harding or the straight-up country twang of the Highwomen and Tanya Tucker, this year's standouts bridge the gap between modern and traditional.

Anticipation ran high for the debut solo release from Tim Baker after the sold-out farewell shows from Hey Rosetta!, the band he fronted for twelve years. Forever Overhead lived up. The record draws deep from the past with both exaltations and mournful reveries. As much a goodbye as a fresh start, the groove-tinged melodies dig into ground that Hey Rosetta! never occupied. "All Hands" bows gratefully to the past while "The Eighteenth Hole" lingers on "what-ifs". "Spirit" holds Baker's hometown of St. John's dear. Forever Overhead is a resounding act of preservation in an age of unprecedented destruction.
Kaitlin Ruether

Working with his new creative soulmate, Sandro Perri, Ethier made a cool record with rustic imagery that marries acoustic instrumentation and electronic tones for a rather heartfelt and knowingly contemporary listen. There are animals roaming throughout the landscape here — frogs, dogs, pigs — but they're stand-ins for us, reflecting the blind agreement we have with life. Ethier employs swamps and forests as metaphors for our subconscious thoughts and impulses and how imperceptibly such things shape our days. His voice, a gritty, comforting guide, puts this all across compellingly, which bodes well; plans are already afoot for an interconnected follow-up.
Vish Khanna 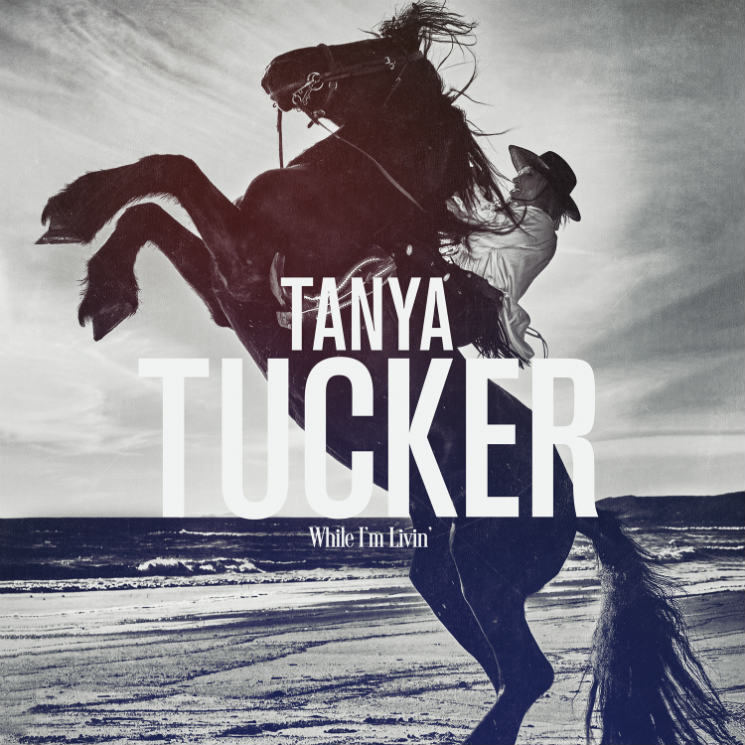 Tanya Tucker justifiably felt some trepidation about entering the studio to record her first album of mostly original material in nearly two decades. She needn't have worried: in While I'm Livin', Tucker and co. have crafted a bold, impeccably arranged and richly musical album that suggests that she is far from ready to slip quietly into semi-retirement. The stories that she tells as well as the Texas that she sings about are unmistakably her own, and her soulful rasp imbues every note with a weary wisdom earned from decades of hard living on the road. While I'm Livin' isn't just a welcome return, it is arguably the high point of the Texan's deep catalogue.
Thierry Côté

Emily Sprague has quickly become a blossoming revelation in the indie-folk scene under the Florist moniker. Their third record, Emily Alone, captures the plaintive solitude of existentialism, self-doubt, mortality and carving out a place for yourself in a complex world. Sprague has crafted some truly impactful moments, from the quiet pondering of "I Also Have Arms" to the intimate beauty of "M." This is a special kind of record, the kind that turns short excursions into magnificent adventures. With its subtle synthesizers, the band's stark minimalism and lyrics that echo one's own late-night musings, Emily Alone is raw, honest and supremely powerful.
Josh Weinberg

Bill Callahan writes about the ordinary on Shepherd in a Sheepskin Vest and makes it extraordinary. His double-album overflows with acute observations on marriage, writing, and the beauty of being alive. In a particularly expressive moment, Callahan, with his distinctive baritone vocals, sings, "Like motel curtains / we never really met." In another, he admits why he makes music: "I sing for answers. I sing for good listeners." Callahan pairs his caring lyricism with a soft web of guitar notes. By the album's end, it feels like he has crocheted you a blanket to wrap up in while you reflect on your own life.
Laura Stanley

5. Charlotte Cornfield
The Shape of Your Name
(Next Door)

Recorded steadily over three years, The Shape of Your Name shows Toronto's beloved slice-of-life troubadour going slow and thinking deeply. While 2016's Future Snowbird was Charlotte Cornfield indulging quirks and honing her knack for detailed, casual storytelling, her 2019 release is startlingly bare, bold, and brutal. Cornfield crystallizes diverse, fragile moments —  from breaking up with a partner while stoned to pondering toothpaste flecks on a mirror — in a way that hits, with her intimate writing highlighted by the minimal band accompaniment offered from the likes of Kevin Drew and Leif Vollebekk. Cornfield's third album draws the "elation, desire, mania, darkness" of every complicated relationship with elegant sincerity.
Sam Boer

Aldous Harding infuses her work with a razor-sharp vision, no matter how oblique her lyrics may seem at first glance. There's an incongruity between the musical arrangements and Harding's lyrical content and vocal delivery, one that Designer seems to revel in; some of her funniest lyrics are delivered with austere sincerity, such as "Damn, a chamois / I thought I'd made a tambourine" on standout "Damn" or "I wish it was white, I wish it was white / But it needs blood for the new erection" on album closer "Pilot." Designer highlights everything Harding's fans have known since her self-titled debut: hers is a singular talent that has only begun to be understood and appreciated.
Scott Simpson

Inspired in part by John Cassavetes's 1977 psychodrama Opening Night, Jessica Pratt's Quiet Signs embodies similar themes of loss and identity. But where Cassavetes harnesses these emotions to fuel a prolonged breakdown, Pratt sublimates them into brief, haunting vignettes. Recorded fully in a studio — a first for Pratt — Quiet Signs retains the spare production of her previous work. Tape hiss is as integral here as grain on a 35mm film print. Her songwriting is just as economical: in just a few lines, these songs can spiral into personal anxiety ("Here My Love") or existential doubt ("As the World Turns," "Crossing"). It all ends with the radiantly optimistic "Aeroplane," a standout track that, like Cassavetes' film, finds some measure of solace from mournful circumstances.
Matthew Blenkarn

Maren Morris, Natalie Hemby, Brandi Carlile and Amanda Shires share a powerful and influential message on their self-titled collaborative debut as the Highwomen, one of openmindeness and inclusivity. These singer-songwriters use country musicianship to express hopefulness for the future of female-led storytelling in music, and encourage women to value themselves and discuss everyday struggles through their relatable, heartfelt lyrics. The introspection and authenticity on the lovelorn waltz "If She Ever Leaves Me" showcases important perspectives and a vital and paramount step forward in songwriting. The album unites listeners of all generations and will be remembered in the years to come.
Marlo Ashley

Just over a year ago, a mysterious masked cowboy hitched up his saddle and wandered into town with a slow-burner tune called "Big Sky" — a song that would kick off an incredible ride to international acclaim. Between garnering the attention of drag queen superstar Trixie Mattel, getting a feature slot in the soundtrack of HBO's new Watchmen series and, uh, single-handedly keeping the fringe industry alive — it's an understatement to say that Peck has had a really big year.

But that's hogwash compared to the accomplishment all this attention surrounds. Peck's debut album Pony draws on elements of folk, shoegaze and punk, wrapped up in a wholly country package to make something completely fresh. Pony has shattered expectations for the new wave of country music as we enter the next decade. It has deservedly attracted international acclaim for its subversive yet inviting subject matter (especially on songs like "Queen of the Rodeo" and "Hope to Die") and helped open up the world of country to parties of all ages, races, genders and sexualities.

Coupled with his energetic live shows with the support of backing band FRIGS, Peck and his Pony invite those who would have traditionally been marginalized by the genre to join him in reinventing country to fit whoever seeks it.
Allie Gregory